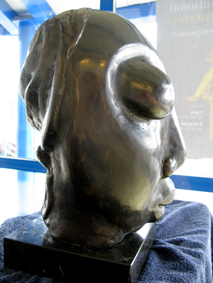 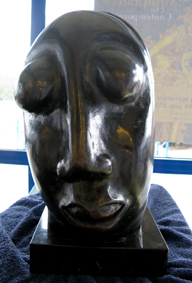 This work was exhibited as one of the 6 South African entries of sculptures by Lucas SITHOLE at the Venice Biennale 1968, submitted by the SA Association of Arts, Cape Town and the Minister of Cultural Affairs, R.S.A. 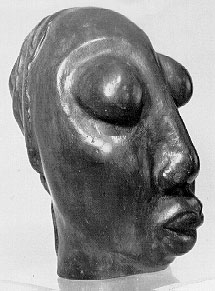 This cast is illustrated in:

Documentary "Lucas Sithole, sculptor" produced and directed by Richard Harvey in 1968/1970. The 12' documentary can be seen on http://youtu.be/mhOqAuqn1OE.

Lucas SITHOLE is explaining his work which relates to his life around him, supported by music composed by Professor Alan Solomon. Included are a number of views from the solo exhibition held at Gallery 101, Johannesburg, on 5th October, 1970, including the above cast 3/3, at pos. 7'48", 7'52", 8'44".

The original in liquid steel is recorded under LS6804.0 (whereabouts of it as well as of the additional bronze cast 2/3 is unknown) - bronze cast by Renzo Vignali, Pretoria.