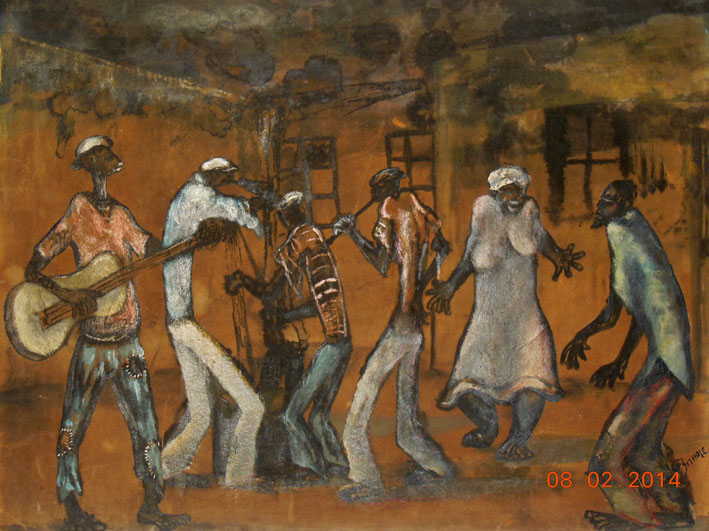 Acquired directly from Lucas SITHOLE in Kwa-Thema in exchange of work executed (a sign) by first owner who was then working as commercial artist for an international company in Nigel.

This work has never been exhibited before and was photographed by current owner in 2014.

It is the only record we have of this technique used by Lucas SITHOLE, though certain elements can be seen in later works of his such as LS6825 and LS6836.