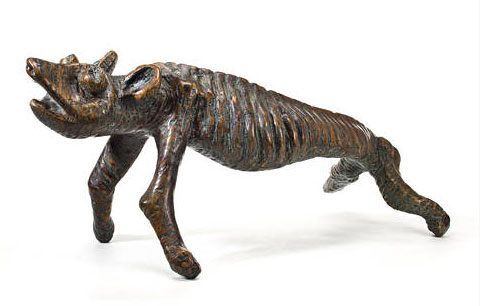 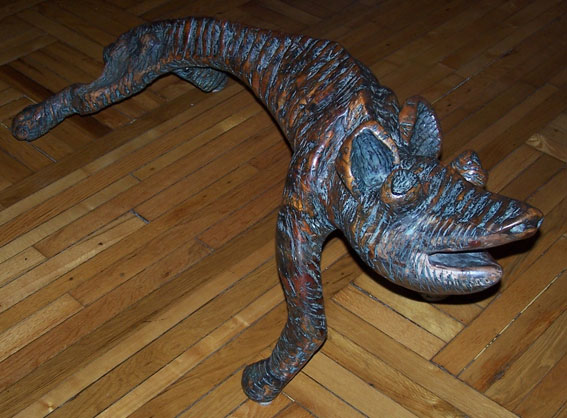 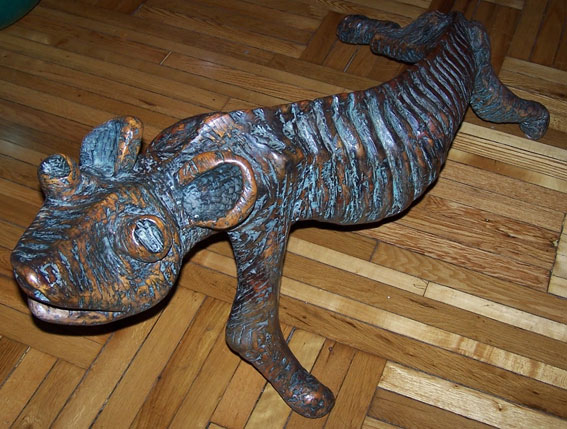 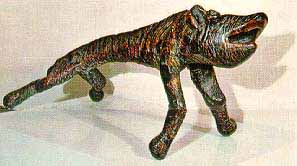 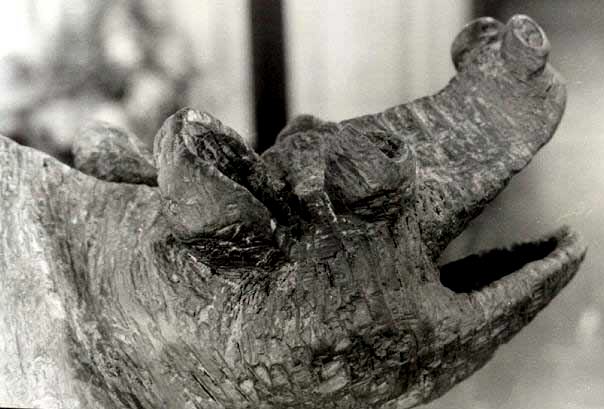 "Once there was an old farmer and his wife. They owned a little dog with a long tail. This dog had served his master for many years and now he was old. So the farmer, not wanting to feed a useless dog, decided to put him to sleep, but his wife begged and pleaded till eventually he gave in and said he'd let him live. But the farmer being a sly old devil took the dog to the woods where he left him to die.

The old dog, left to himself, met up with a Hyena who came trotting up with that curious gait that looked as though he was dragging his hind quarters. "What ever is the matter, dear friend?" asked the Hyena.

"O, I've been deserted by my master and I'm sure to die" said the dog. "I've watched the sheep, lambs and even the children, but now I'm old so he doesn't want me any more."

The Hyena told the dog he had a good plan which he'd tell him if the dog would give him a lamb.

"I will rush up on the children and give them a big fright, whereupon you will come and chase me away" said the Hyena. "The farmer will then think you are very clever and take you in again". The dog agreed and the two crept up on the playing children. The Hyena roared and jumped in amongst them. The dog chased the Hyena away. Very pleased, the farmer took the dog back.

However, when the Hyena turned up again, the dog said "You wanted my master's sheep, but I would never be disloyal to him, so go away and never come back!"